The 2020 Census Guide: Everything Kensington needs to know

Since 1790, the goal of the United States Census has remained the same: to count all the people living in the country every 10 years. This year, the U.S. Census Bureau will again be a part of peoples’ daily lives for a few months.

By April 1, every household in the United States — including Puerto Rico — will receive a 2020 Census invitation by mail.

Here’s what Kensington residents should know about the 2020 Census, including what the Census is, how it works, why it matters, and more.

What is the U.S. Census?

The U.S. Census is a population count — not a citizenship count — of everyone living in the United States. It’s facilitated by the United States Census Bureau and occurs once every 10 years.

This year, it can be completed by mail, phone, online, or in person. Every household in the United States should receive a 2020 Census invitation by mail from the Census Bureau by April 1 that tells them how to respond. Households in areas that the Census Bureau sees as less likely to respond online will receive an invitation and also the paper Census form.

Why does the Census matter?

The Census affects many aspects of life in the United States, such as political representation, federal funding, economic development, and research.

The Census has political roots. The U.S. Constitution orders for a population count, also called enumeration, every 10 years to determine how many legislators each state should get in the House of Representatives. Census results are also used to redraw congressional and state legislative districts to have equal populations within each district.

According to research from the George Washington Institute of Public Policy, approximately 325 federal programs rely on data derived from the Census to distribute more than $900 billion in grants and financial assistance each year.

This money is distributed across the country to states and local communities like Kensington. It covers a wide variety of programs and public services, like roads, schools, hospitals, and more.

Programs that rely on this funding include financial assistance programs, tax credit programs, and procurement preference programs, such as:

According to the Census Bureau, business owners often use data derived from the Census, such as population trends and market growth projections, to help them make investments. Through this data, businesses can see which areas to invest in and build new clinics, schools, roads, and more.

Census Bureau researchers use the data to create national surveys, like the American Community Survey, which provides population and housing information in the United States. The Census is also used as a resource by academic researchers, analysts, policymakers, and students.

What questions will be on the 2020 Census?

The 2020 Census has nine questions:

A sample copy of the 2020 Census form can be found here, and here is an explanation of each question.

Is my information private?

Under federal law, all Census responses are confidential and can’t be shared with law enforcement or any federal agencies, such as the FBI, ICE, and CIA. This means the Census Bureau is prohibited from sharing identifying information with anyone, including your landlord.

Is there a citizenship question?

No, the Census is a population count. It won’t ask about immigrant status.

How do I complete the Census?

The Census can be completed in four ways: by phone, paper form, online, or in person. The paper form, which will be mailed by April 1, will list a URL and phone number to submit Census responses.

If residents have questions about the Census or choose to complete the Census in person, they should keep their invitation and wait until a Census worker stops by their home sometime between April and July.

When can I complete the Census?

Residents should complete the Census once they get their 2020 Census invitation in the mail, which all households should receive by April 1. It must be completed by July 31.

Where can I complete the Census online in Kensington?

This is the first time in history that the Census can be completed online. People will be able to complete the form from wherever they choose and on a digital device, like a cellphone or tablet.

Residents can access public computers at the Free Library of Philadelphia branches, KEYSPOT locations, or the participating community organizations with digital Census centers in or near Kensington below:

Can I complete the Census in languages other than English?

The 2020 Census questions are available by phone or online in 13 languages: Arabic, Chinese, English, French, Haitian Creole, Japanese, Korean, Polish, Portuguese, Russian, Spanish, Tagalog, and Vietnamese. Information about the Census and language guides are available in 59 languages, too.

How does the Census Bureau plan to count hard-to-count populations?

According to the Census Bureau, the hardest to count populations are difficult to locate, contact, persuade, and interview. These populations include nontraditional households, minorities and migrants, people experiencing homelessness, young children, and more.

In Kensington and Fairhill, which have high Puerto Rican populations, community organizations are informing Latinxs about the Census and why it matters. You can read about how they’re doing that here.

The Census uses a system called service-based enumeration, to count people without housing or experiencing homelessness. You can read about how that happens in Kensington here.

All children and newborns born on or before April 1 that live in your home even temporarily should be counted except children in college. If a child splits their time between two homes, they should be counted wherever they are on April 1. You can read about how the Census counts youth here.

When someone knocks on my door, how do I know they work for the Census?

From April to July, Census takers will stop by the houses of people who haven’t already completed the form. But before you share your information, there are steps you should take to identify them.

Census workers will have identification badges with their photograph, a U.S. Department of Commerce watermark, and an expiration date. Some workers may carry bags with the Census Bureau logo. You can also ask a Census worker for another form of identification.

Most importantly, Census workers won’t ever ask you to step outside. Neither will they ask for a social security number, donations, or any personal information that isn’t listed on the official Census form.

Can I apply for a job as a Census worker?

The Census Bureau is hiring thousands of part-time, temporary workers in their own ZIP codes. The position pays $25.5o an hour and has flexible hours. Applicants must be 18 years or older and authorized to work in the U.S.

The position will not affect eligibility for public assistance programs, including Temporary Assistance for Needy Families (TANF), and Supplemental Nutrition Assistance Program (SNAP).

To apply for a job, anyone interested can attend an upcoming Census job fair or apply online.

How can I participate in Census outreach and activities?

Philly Counts 2020, the City of Philadelphia’s program to support the Census, launched its Census Champion training program in September 2019. According to the City, residents who receive the Census information training are trusted messengers in their community.

Philly Counts has also been hosting regional meetings across the city to talk to people one-on-one about the Census. Residents can find future meeting dates and locations in the Philly Counts 2020’s Posts section.

For the Commit to Count pledge, residents will have to fill out their name, address, and email. The pledge then asks how you prefer to stay in touch with Philly Counts, how you prefer to complete the Census, and how you can take action. Residents can fill out a pledge at community organizations, community centers, and libraries. The pledge can also be completed online here.

National Census Day is on April 1. If you’re nearby LOVE Park that day, attend the Census Day Celebration with Philadelphia Mayor Jim Kenney who will be completing the Census at the event.

According to Philly Counts, there will be a sign-up tent for the general public to complete the form as well.

Still looking for more information about the Census?

Here’s a list of resources and organizations residents can go to for more information about the 2020 Census: 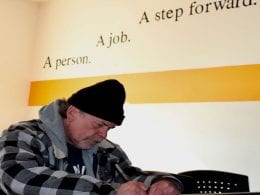 Help for the Hurdles, a new work-assistance program for people experiencing homelessness, is launching in Philadelphia this Friday.…
byClaire Wolters 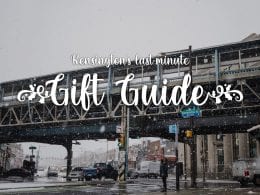 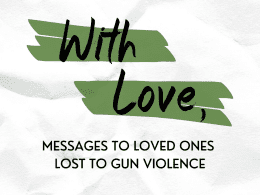 We journalists have written a lot about Philadelphia’s alarming homicide numbers in 2020 and 2021. Our city is…
byEugene Sonn, of Resolve Philly
30 shares
30
0
0
0
Go to mobile version