‘We really didn’t get much help. In fact, we had the City do the opposite.’

Editor’s note: The following responses have been edited for clarity and brevity.

1. How were things for you and your business in the beginning of the pandemic? How would you compare the state of your business from then to now?

Things were better. We have been here for about four years. We had grown the business, and we added hot food. We added a bunch of things. So, we were growing. Then the pandemic hit, and immediately the business just died.

I mean, we’re talking about an eighth of the business we used to do on top of the fact that two weeks after we started wearing masks, they started trying to rob us. So, we closed for a couple of weeks and had to situate things to be safer. Before, we didn’t really have any problems with being robbed, but ever since the masks, we’ve been having a lot of issues like that.

2. Can you describe how the City of Philadelphia has supported business owners throughout the pandemic? Have you felt supported by the city?

Well, I can only speak for my business, [the City] hasn’t really given us any support. There were a lot of programs we applied for and a lot of grants. Unfortunately, my business doesn’t employ that many employees; therefore, we weren’t a priority. A lot of the grants and the programs were to keep people off unemployment and keep people employed.

We got a little bit of assistance, a few thousand dollars, but we really didn’t get much help. In fact, we had the City do the opposite. They’ve been coming down on us really hard with Licenses and Inspections (L&I). They would give us fines because our plexiglass wasn’t big enough, but they wouldn’t give us specifics on how big it should be. We decided because we were unsafe that we had to change the counter and extend it and raise it because of the attempted robberies. Apparently, we were supposed to notify them and ask for the “privilege” to repaint the store and change our counter. We didn’t, so we incurred a bunch of fines, and we had to hire an architect. There’s been all this drama because apparently you have to pay [the City] $800, so you can redo your floor and paint.

There is an organization called NKCDC (New Kensington Community Development Corporation). They’ve been helpful. They have a program that is offering training right now. And NKCDC helped us get one or two grants. So [those funds] helped us with renovation.

3. Can you share your experience with managing safety in your business throughout the pandemic? (mask mandates, capacity restrictions, social distancing, etc.)

We had to put up this huge glass, partly because of COVID. Unfortunately, in this area, many people give us a hard time about wearing a mask. We just constantly fight with people to put on a mask. Even if they have a mask, they don’t want to wear it. So that’s been a big issue, and it’s ongoing.

As far as safety goes, I’ve never seen it so bad over here. It’s very dangerous, at least, in my opinion. People will watch someone go to the ATM and then rob them farther down the street.

Things for us are a lot less safe, and it’s partly because of the masks. People know that you don’t know who they are. Before, if you came in with a mask, at least I knew I had a problem as soon as you walked in the door. But now you can make it to the counter with two or three guys, and I have no idea what your intentions are. I mean, you can go into the bank right now with a mask on.

As far as the police goes, they’re nonexistent around here. We call the police, and we’re lucky if they come at all. If they do come, it’s half an hour to an hour even if it’s something violent going on like some lady got mugged outside or some fight. They don’t stop by and say hi. I don’t even know any of them. It’s like we don’t exist. So we’re on our own out here.

4. Can you share any moments in the last year where you faced a challenge that required you to find new ways to operate due to the pandemic?

Everything’s different now, like the way people shop, their spending habits. So we’ve been reinventing the way we make money. Before, we could just rely on our location to grow our business and then make some menu changes and offer different products. Now, we’ve got Uber Eats, and DoorDash, and we added in some of those gambling machines. We’re also going to start delivery or get a POS system for touch screen ordering.

We have to spend all this money to try to get back to the same revenue we had before the pandemic, but I can’t hire people because of revenue. So it’s more work and less money.

5. What is the best way for people to support your business? 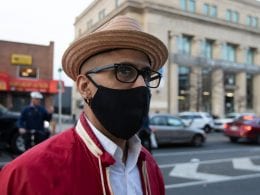 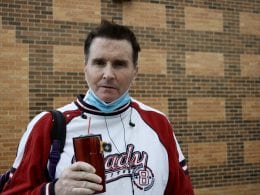 Vincent Burger Age: 54Neighborhood: KensingtonOccupation: UPS worker Why are you voting? To kick Trump out of office. That’s…
byVincent Burger 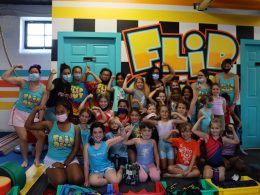 ‘When something of this magnitude happens, the first people you want to talk to are your kids.’ 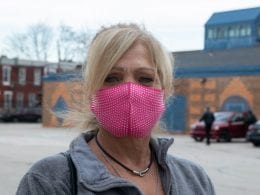 ‘It is always a struggle and a fight for a righteous cause, and that’s why I’m voting here today.’