In my 19 years of serving as an evangelist and block captain in Kensington, I’ve encountered many abandoned buildings and nuisance properties.

One such property was on the 1900 block of Clementine and Amber. Drug dealers went in through the back and took over the property. They sold sex and drugs out of the building, and there were a couple of shootings in the area. Neighbors were afraid to call the police because they feared retaliation from the drug dealers.

Eventually, somebody must have called Philadelphia’s Public Nuisance Task Force, which handles nuisance property complaints, and the city came out and boarded it up. But it was terrible. The neighbors were so scared that it took almost two years to close it off.

Closing off vacant buildings is important because it reduces the trafficking of drugs and sex and reduces the risk of fires. Many of the abandoned buildings catch on fire because the wiring is old and not maintained. However, due to Kensington’s large number of abandoned buildings, closing off a building is only a temporary solution. It’s too easy for dealers to find a new location.

Now that the house on Clementine and Amber is boarded up, there’s another vacant building across the street where these illegal things persist. People enter the new location through a back alleyway and continue to squat. Although the fire department was there at least once, the building remains a nuisance, and people actually live in there. The neighbors continue to fear retaliation and the likely chance of a fire.

I’m not afraid to call, but calling isn’t exactly a solution, either. Calling the Public Nuisance Task Force to put in a report about the property means they will investigate the property. Unfortunately, this process can take up to a month or 45 days to complete. The owner of the property is notified, and the property is shut down by the nuisance hotline.

Many of these problems start with people living in Section 8 housing, which is the city’s rental assistance program for families with low income. Some people may participate in illegal businesses to provide for their families. If they leave or are removed from their house, another vacant building is added to the community unless it is rented to someone else right away.

That’s not to say that these homes should be used as expensive rentals, either. This creates other problems such as homeowners not conducting sufficient background checks on renters, not properly maintaining the properties, or not adhering to residential zoning laws.

For example, a property near my house was temporarily vacant after the homeowner died. His son took over the place to use drugs. After a woman overdosed and died on the property, the man was caught selling and using drugs, and police marked it as a nuisance so that a new owner could purchase it. The woman who now owns the property rents it out to three men. She has done it better, but she is still breaking residential zoning laws by renting to multiple tenants. Her neighbors do not know the tenants or if they have criminal backgrounds.

To solve these problems, community members must attend meetings and voice their concerns, and city officials must actively listen and respond to our demands. More community members should sign up to be block captains, and the city should host more cleanups to take care of needles and trash. Property owners must be held responsible for their properties and for their renters, residents must be informed about their neighborhoods, and residential zoning laws must be followed.

Rather than vacant and crime-infested buildings, Kensington needs more residential homes and shopping centers, community buildings, and things like movie theatres and playgrounds for children. This area shouldn’t be a forgotten neighborhood. We deserve homes that foster love — not fear — just like the rest of Philadelphia. 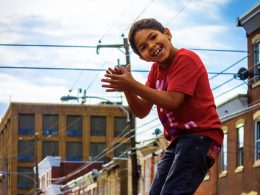 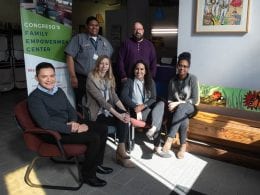 Congreso de Latinos Unidos: Why the 2020 Census matters to us 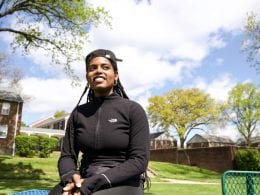 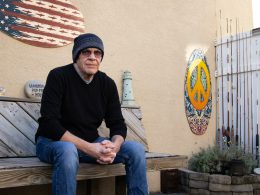 Bob Horn, a Port Richmond resident, grew up and lived in Kensington for 25 years. During his free…
byBob Horn
2 shares
2
0
0
0
Go to mobile version