“When I say, ‘Whose streets? Our streets,’ I mean that these are our streets, and we need help from the city.”

Community involvement is missing from the plan. You have to involve the community that you’re serving. You can’t draw up plans. You have to have community input at all times because we meet here. This is our neighborhood. When I say, “Whose streets? Our streets,” I mean that these are our streets, and we need help from the city. But the city can’t do it by themselves. The community also has to help and do a part.

Follow-up question: What are some possible solutions to incorporating the community’s involvement?

More meetings with the community. Let the community know that you’re not just sitting up in an office somewhere and making decisions for us. Come out and talk to us. Come out and get involved. This is a situation that has been brewing for years. This neighborhood didn’t just get like this. It’s been deteriorating for years, and we’ve been asking for help for years. We need policymakers to involve us in their decisions because it directly affects us.

Yes, absolutely agree. People in addiction need help, but at the end of the day, access to resources changes when the skin color of the people affected changes. I’m going to be honest with you. When there was a widespread use of crack in the ‘80s, it was called a war on drugs because it was the Black community. Now, this heroin affects the Caucasian community and that’s why [the police] are relaxed about getting help down here. I hate to say it is racism, but it is a form of racism because they did everything they could to bring the Black man down and the Black woman down when they were smoking crack.

Cameras should be at the top of the list. Lighting and repairs and improvements help. Because if you turn the lights on, the roaches scatter. So, if you shine a light on what’s going on, showing all aspects of it, how the neighborhood has deteriorated.

We need help. We really, really do. And I’ve got grandkids that can’t even come down here because of this neighborhood. It hurts because their parents fear for their safety. It’s not fair. So, yes, I would definitely put the public cameras at the top of the list, but I need them to monitor the cameras and know what’s going on.

If you bring a community up and beautify it, it will turn out better. But the neighbors also need to take pride in where they live. Take pride in your community, and come out and sweep in front of a house. We can’t expect the city to do everything. It’s not fair.

We used to respect the police. These kids don’t fear the police. Policing has to be done with respect because a person who respects you will listen to you. A person who is scared of you will hurt you. Force and over-policing is not the answer. [Police] need to get out of their cars, start walking, get to know the people in the community and build a relationship with them. Then when something does go down, the community knows who they can trust and who has their backs.

Treatment. Not facilitating their use of drugs. Drugs are bad. We all know that drug use destroys lives and destroys families. It takes family members out of the home. Drugs are bad. Nothing  good has ever come from drugs. We need to get people the help that they need. Even if [treatment] doesn’t reach every person, even if it’s just one less person. They’re suffering too. They need treatment. I’m all for treatment.

But I don’t think we should put a shooting gallery [referencing the proposed overdose prevention site] in our neighborhood next to a daycare. I don’t think that’s the answer.

Editor’s note: The proposed overdose prevention site would be a closed facility out of sight from the public. Currently, there isn’t a planned location for the facility in Kensington or next to a daycare.

Follow-up question: Do you believe that overdose prevention sites should not be considered at all or is there a different way to go about handling them?

Drugs are illegal in this country, so any pacifier given to those who use drugs is not right. So, no, I’m not for letting people “legally” shoot up in my neighborhood or any other neighborhood.

People using drugs should be herded into treatment. They don’t need somebody to say, “Oh, if you overdose we’re gonna help you.” They need somebody to say “Listen, we know a place where you can get help.” These people are dying. I’m not ignorant to the plight of [people experiencing addiction] because they are suffering. 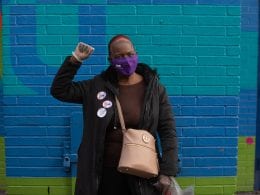 ‘I’m hoping that this vote will change everything, and that my vote will make the difference.’

Julia Smith  Age: 66 Neighborhood: Kensington Why are you voting? The presidential election is the most important thing…
byJulia Smith
24 shares
24
0
0
0 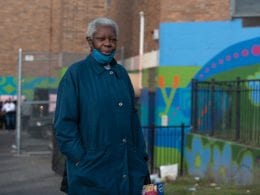 ‘I’m voting because I want to get Trump out of the presidency.’ 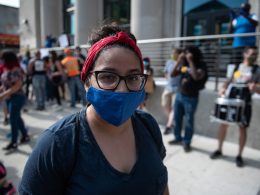 Jasmin Velez, community member and activist Editor’s note: The responses have been edited for clarity and conciseness. We…
byJasmin Velez
20 shares
20
0
0
0 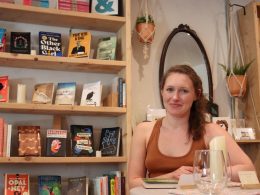 ‘In order to survive, we had to continue to sell to our customer base.’