byJillian Bauer-Reese
36 shares
36
0
0
0
4 minute read
A person walks by Lillian Marrero Library at Lehigh Avenue and 6th Street on July 20, 2022. On July 21, the library remained closed for its 19th day after parts from its HVAC system were stolen. (Photo by Solmaira Valerio)
Total
36
Shares
36
0
0
0

As the City’s first 2022 heat health emergency went into effect, the Free Library’s Lillian Marrero branch remained closed for its 19th day on Thursday after copper piping from its HVAC system was stolen for the second time in two months.

The library, located on Lehigh Avenue and 6th Street, first closed for HVAC repairs on May 18 for six days and again on June 26, according to Kayla Hoskinson, a library worker and union member of AFSCME DC 47.

Now the library is waiting on estimates from contractors to fix and protect the equipment, Hoskinson said. The library’s maintenance team is also discussing how they can prevent someone from stealing pipes and other equipment in the future.

“It’s a huge loss to have this building closed for so long,” Hoskinson said. “People feel it — any time I talk to patrons at the door, they are upset that their access has been negatively impacted this way.”

Among those impacted are adults who often rely on the library’s computer access to  apply to jobs, fill out forms, and print documents, she added.

According to Hoskinson, Lillian Marrero welcomes anywhere between 30 to 100 people to the branch daily. Despite the recent closures, the library served approximately 600 people in May and 600 in June, she said.

In an effort to continue servicing the community, library staff has offered book pickups and off-site children’s programming. For example, Hoskinson has read children’s books at local daycares and summer camps. Library staff has also facilitated programs outside in the library’s garden, she said. However, on Tuesday, the library announced via its Facebook page that its outdoor garden story times were canceled for the week due to the heat.

Read more: Keeping cool in Kensington: What to expect from the heat and how to stay safe as temperatures rise

Hoskinson said that the library’s meeting space, which uses a different HVAC system than the facility’s main rooms, is still open as a cooling center during the heat emergency. But she is concerned that patrons may not take advantage of the cool air when they realize that none of the library’s resources are available.

“When people come into the library for a cooling center, and they realize that we don’t have computers down there, they’re not as interested to come in for that,” Hoskinson said. “They still want to be able to use all the library’s full resources — as they should — in the cool air, and our main floor is as hot inside as it is outside right now.”

Charito Morales, a Fairhill resident who works as the bilingual family engagement community coordinator at Concilio, amplified Hoskinson’s statements about the vital nature of the library’s services to the community. For example, she said, people need access to free internet to make appointments and print documents.

“The library being closed — that’s a big issue,” Morales said. “We depend on the Free Library of Philadelphia in a lot of aspects.”

Read more: Library funding increase is a step in the right direction but falls short of what’s needed

However, while Morales said she understands that the library’s resources are “stretched thin,” she encouraged the library to do more to meet the community’s needs under the current circumstances.

“If your place where you offer resources is hot and not available, then bring [the resources] and stretch them out to wherever the air conditioning is,” Morales said. “Even though you have a little space with air conditioning, you have to make it work.”

Morales also emphasized that the need for the library to reopen extends well beyond cool air and internet access. She said programming and resources that engage at-risk youth are critical, especially amid the city’s rising crime, shootings, and homicides. Since January, 1,300 people have been shot, and more than 300 have died by homicide.

“We have to keep them focused,” Morales said. “We got to give them a reason for them to continue engaging in something positive.”

While researchers have yet to draw a direct connection between libraries and gun violence prevention, Morales’s points about the impact of positive activities and engagement for youth hold some weight.

For example, national gun violence rates increased substantially during 2020, and Black adults, men, and youth experienced those surges disproportionately. The CDC credits this increase to a variety of factors, including disruptions to services and education, economic stressors, and social isolation.

Meanwhile, research has shown that public libraries can significantly impact quality of life, including income and level of education. Libraries can also facilitate prosocial activities, which the CDC considers a protective factor against youth violence.

Summer programming might be particularly impactful, as research has also found a link between high temperatures and increased gun violence, like this study and another one about Chicago. In both studies, as temperatures rose, so did the number of shootings.

Although Lillian Marrero’s programs remain disrupted, the nearby Kensington and McPherson Square branches are open and offering their regular services.

“If you really love the community, you have a mission, and you have a commitment, you must think out of the box,” Morales said.

Resources for non-English speakers Here are some coronavirus resources for Philadelphians who speak another language besides English: Esperanza…
byZari Tarazona
216 shares
216
0
0
0 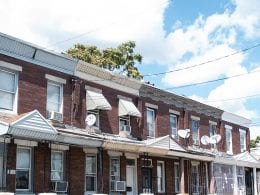 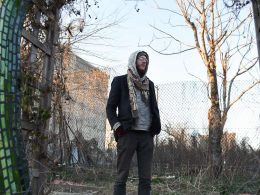 Another Kensington garden is losing land to development