Philadelphia Superintendent William Hite Jr. knows the impact that a United States Census can have on children in a school district.

In 2010, the U.S. Census undercounted 4.6% of the youth population ages 0 to 4, which resulted in nearly 1 million children missed across the country. As a result, Pennsylvania lost an estimated $43 million in federal funding each year for 10 years for programs directed toward improving youth health, education, and social services.

“We need to make sure to get the message out to families about the importance of making sure every young person in their household, whether it’s a relative or just a child living with them, is counted,” Hite said.

According to Hite, an undercount in the 2020 Census could negatively affect programs relied upon by a large number of students and families in the city, such as Medicaid, Children’s Health Insurance (CHIP), Supplemental Nutrition Assistance Program (SNAP), Head Start, and housing programs and credits. In Philadelphia, approximately 25,000 children are enrolled in CHIP each month and close to 100,000 received SNAP benefits during the 2017-2018 school year.

As the community organizer at the Kensington-area nonprofit Providence Center, Charito Morales works with children and teens in Kensington and Fairhill to advocate for social justice issues, like better healthcare and fresh food. If the youth in her community are undercounted in 2020, Morales fears that the after school program at Providence Center will be negatively affected due to a lack of funding.

“We are at risk because we need this funding to keep sustaining these programs,” Morales said.

Trying to avoid a ‘trickle effect’

In an effort to avoid a potential undercount, Hite said the School District of Philadelphia is working to inform students and their families about the 2020 Census and its impact on community programs. The district has already started sending information about the upcoming census home with students, and the schools’ computer labs will be open for families to complete the census, too.

At the nonprofit The Lighthouse, children from Kensington, Fairhill, and surrounding neighborhoods come to receive childcare and after school programming. According to Miguel Concepción Thomas, the interim CEO of Lighthouse, programs like Head Start, free lunches, and after school care are most at risk of being impacted by a 2020 Census undercount.

“We receive all of our funding for the after school program through the city,” said Concepción Thomas. “But our lunch or snacks that we give them we receive through the Archdiocese, who receives it through a federal grant.”

Like SNAP, Head Start is a federal program meant to help families experiencing financial insecurity shoulder the weight of child care. Head Start provides no-cost, full-day child care for eligible families and their children ages three to five at agencies in local communities, which can include transportation services, free meals, and after school care.

Out of the 132 federal programs that used Census data to distribute funds in 2015, SNAP and Head Start accounted for nearly 10% of the $650 billion distributed by the federal government.

“If we don’t receive federal funding, then we’ll receive funding from the state — who in essence receives federal funding as well,” said Concepción Thomas. “It’s that trickle effect.”

To improve the youth count in the 2020 Census, Philly Counts 2020, Mayor Jim Kenney’s program to improve Census participation and knowledge, is educating households and communities on who to include in their Census responses.

According to Pedro Rodriguez, the director of partnerships for Philly Counts, one of the more common problems he sees is that families don’t know who to count as part of their household.

“In a situation where you’re not the biological parent, or you’re the grandparent who’s taking care of a child who lives with you part-time, the message is, wherever that child is on April 1 — that is the household where they should be counted,” Rodriguez said.

Philly Counts is hosting census champion training sessions every week at schools and community centers throughout the city to educate people about the Census. At the training, attendees learn who to count in their households, how the Census Bureau protects everyone’s private information, and what its importance is to communities.

The Philly Counts team has also trained school district leadership and school staff, and will soon be training school district translators on how to assist families who do not speak English to complete the 2020 Census, too.

According to Hite, informing the community leaders and educators who work directly with families is effective because the message comes from neighborhood voices, who people respect and trust.

As a trusted community leader working to educate her neighborhood about the upcoming Census, Morales is fueled by the potential she sees in the children she works with.

“They have a future, and if we don’t get them counted, I don’t know what’s going to happen 10 years from now,” Morales said. 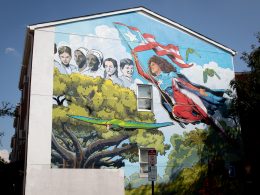 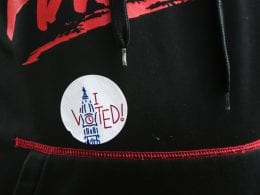 In an election with record-breaking voter registration in Philadelphia and the most ballots cast nationwide in U.S. history…
byHenry Savage 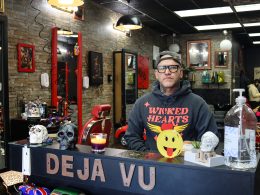 Editor’s Note: This news article was written and reported on by NKCDC’s Commercial Corridor Manager Lee Nentwig through…
byLee Nentwig 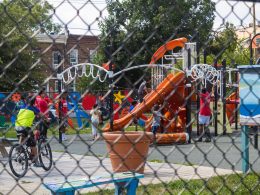 Editor’s note: This story was originally published on Billy Penn, a nonprofit newsroom at WHYY. Each day this…
byDaisie Cardona
2 shares
2
0
0
0
Go to mobile version