School District of Philadelphia staff can now permanently change their names and pronouns on Google Classroom and Zoom following an email sent out by the district on Tuesday, Oct. 6.

“I was pleasantly surprised,” said Maddie Luebbert, a Kensington English teacher who has been advocating for name changes without legal documentation for themselves and other nonbinary and transgender staff members, on Wednesday. “It was a relief, today, even though none of my students noticed. I just felt much better knowing that my name was spelled right, and was the right name, while I was doing my work.”

Until recently, the school district didn’t allow staff members to change their names on Google Classroom and Zoom, due to a now-overturned rule prohibiting staff from changing their names unless it had also been legally changed. For nonbinary and transgender staff members, this means that their names on school records, and even ID badges, do not match their chosen names. Gender-neutral pronouns on school documents aren’t available either.

School district spokesperson Monica Lewis told Kensington Voice last month that the district plans to remove the legal documentation requirement but did not comment on when that would happen. The process for how staff members will be able to change their names without legal documentation also hasn’t been announced.

Unlike staff members, students have been able to change their names on school forms since 2016 as a result of Policy 252, which offers protections to transgender and gender nonconforming students. This past spring, students received specific instructions for changing their display names on Google Classroom and Zoom.

“It’s a small victory,” Luebbert said about the changes to Google Classroom and Zoom. “But I think the district needs to be held accountable for more than just performative gestures . . . display names online is just one piece of it.”

The school district did not respond to requests for comment. 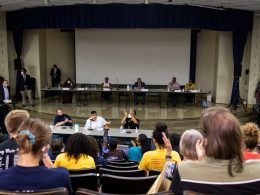 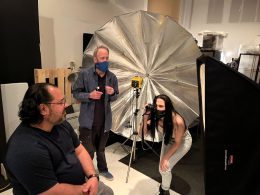 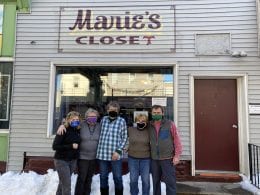 After some operational changes and closures due to COVID-19, a small thrift store tucked away on Kensington Avenue…
bySiani Colón
94 shares
94
0
0
0
Go to mobile version