byTim McCloskey
3 minute read
Tim McCloskey, a Kensington resident, advocates for cleaner streets and enforcement of laws against drug use and drug dealing on March 23, 2021. Reducing illegal activities is essential in creating long-term solutions for cleanliness both in the streets and on public transportation, he says. (Photo by Claire Wolters)
Total
16
Shares
16
0
0
0

1. How does the closure of Somerset Station affect you and people in the neighborhood? What challenges may you face in accessing transportation now?

Like everything else, it’s not just the closure itself — I understand that things need to be closed sometimes to be cleaned and repaired — [it’s that] once again, the city has no plan for the other things that happen.

How are they gonna make sure [this closure] doesn’t happen again? How are they going to make sure it’s not gonna happen at my El stop, which is the next one, Allegheny Avenue? What are they gonna do to all the people that have to walk these six blocks [from Somerset Station to Allegheny Station], which on a normal day, at this time, will be covered with drugs, [people who use drugs], and drug dealers.

The drug use and the drug dealing, especially, has gotten a lot worse in this neighborhood. It was never a great neighborhood, but it’s gotten worse in the past year, a lot worse. And nobody ever talks about the drug dealers. They’re the ones with the guns, and they’re the ones I’m most afraid of. You gotta nip it in the bud and say, “How are we gonna make sure it doesn’t happen again?”

Whenever there’s an event, the city cleans up. But we’re worried about what the next step is, what’s going to happen? That’s the big thing.

2. What are the conditions like at Somerset Station and on the Market-Frankford Line? How do they affect you?

Even with a SEPTA police officer at Somerset Station, there’s 24-hour drug dealing going on. … A lot of people stopped taking the El completely, and the bus is no better. So the solution is they’re going to close the El stop down, and they’re going to give us shuttle buses. The same people are going to be on the shuttle buses, too. So you’re not helping us at all.

They’ve done better recently at cleaning up the amount of dropped needles on the ground. But you still sometimes will see a pile of 12 or 15 or 20 in one spot. And you see kids running down the street, like 5-years-old, and you want to grab them. I can’t imagine a kid falling on a pile of needles.

Editor’s note: During the closure, SEPTA has put in place a temporary service plan to allow customers to use the Route 3 Bus – with a free transfer – to connect to and from the Market-Frankford Line at Allegheny or Huntingdon Stations. There’s no shuttle bus service at this time.

3. What kinds of solutions could be implemented to create safe and reliable transportation in Kensington?

There should be treatment somewhere upstate. The state of Pennsylvania could support drug treatment programs away from the open air drug market [in Kensington].

Other countries and other cities have drug courts where people that are involved in drug crime don’t necessarily go to jail, they get directed towards treatment. We can divert people away, but you have to get people away from here that are the problem. A lot of people are not from around here. A lot of them are from Reading, Easton, Upstate [Pennsylvania], New Jersey, and Delaware. They come from all over now because it’s known as a place to get cheap dope, and the police don’t arrest you for anything. So there’s got to be some plan to get people away from it. There has to be a “carrot and a stick” to help people get off of drugs, and get people that are violent and that are breaking into people’s houses to leave.

We also need more security; more street cleaning. They’ve got to regulate a little bit better the people who come in and give food out. People can pull up and have a little barbecue, start giving out food, and the place ends up being a mess. There are plastic bottles everywhere; pizza boxes. At night that attracts mice and rats and cats.

4. Should there be a community-led advisory board, made up of stakeholders like the City, SEPTA, Kensington residents, civic associations, nonprofits, and businesses, that comes up with a plan for reopening the Somerset Station and provides long term solutions to the problems that led to its closure?

If you would like to participate in future community responses, send us an email at editors@kensingtonvoice.com. 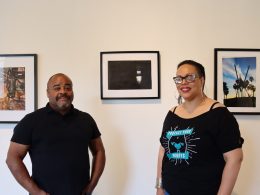 “We were just opening our doors when everyone was told to shut down.’ 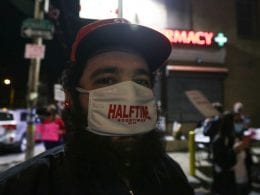 Simon Joseph Norris Square resident, patron of Half Time Good Times Why are you at the rally tonight?…
bySimon Joseph 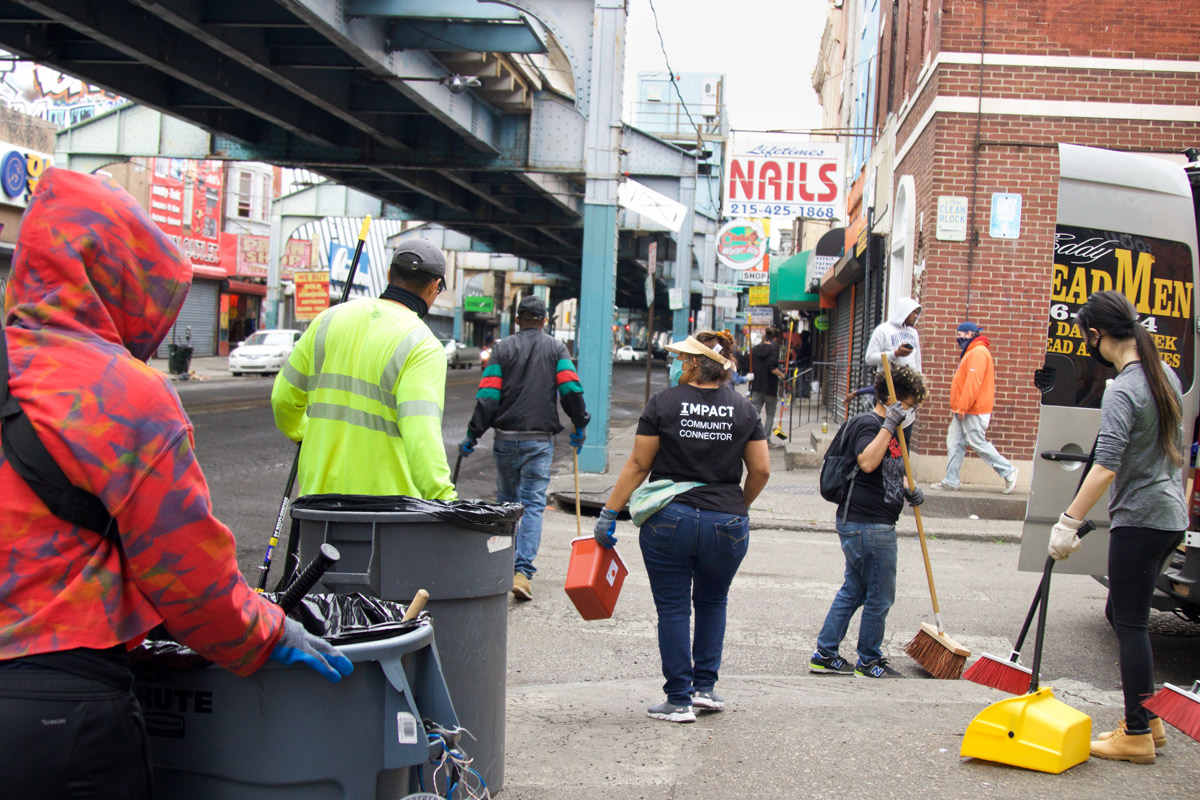 Kensington community members on protests, policing, and the city budget

Kevin Deotri, Kensington, Impact Services volunteer What do you think of everything that’s going on in the neighborhood…
byKensington Voice Staff 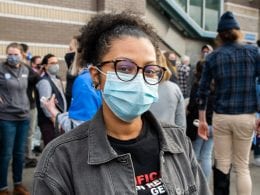