‘This crisis affects the quality of life we have all worked hard to achieve in a city built on dreams.’

byGilberto Gonzalez
47 shares
47
0
0
0
4 minute read
Gilberto Gonzalez sits on the steps of his home in Kensington on Tuesday, April 6, 2021. Gonzalez believes that the coronavirus pandemic emphasizes inequities in access to resources, and hopes that city leaders will help. (Photo by Erin Blewett)
Total
47
Shares
47
0
0
0

When will the city hear the cries of North Philadelphia and Kensington?

In 2018, I wrote an open letter to the City of Philadelphia, which was published in The Philadelphia Sun. In this letter, I described what an average day was like for my family and me in Kensington. Every day was stressful beyond words, especially when we drove my child to Conwell Middle School, which is located at the center of the opioid crisis. On any given day, my child and I could come across a dead body near the school, witness free drug giveaways, or see people walking with needles hanging from their arms. The negative impact on the community, the children, and our families is overwhelming. Imagine your child calling you while hiding under a desk in his classroom as a gun battle raged nearby in lucrative drug corners.

My child no longer attends Conwell Middle School, so we are spared from those daily heartaches of Kensington. We are the lucky ones, who no longer must deal directly with the opioid epidemic in Philadelphia.

Still, my area of Kensington is being gentrified. There are no longer encampments, which once lined Lehigh Avenue and spilled into the lower and upper sections of Kensington, but instead new housing developments. It has been some time since I saw a person inject themselves with drugs in front of my house; drug dealing is no longer as rampant as it once was in the lower sections of Kensington. My family is one of the fortunate ones who can afford to stay on our block, where homes now start selling at over $500,000.

I do not visit my family and friends who live in the impacted areas of Kensington and North Philadelphia. My children are growing apart from that side of the family. This breaks my heart because I love my family and friends. But a visit to them could mean a life taken by a bullet, a needle piercing a foot, and the risk of contracting hepatitis from the human excrement that litters the dark corners.

Before the pandemic, I would invite my friends, family members, and their kids to hang out at my house or attend gatherings at nearby Keystone Mini Golf. I would do everything I could to bring those kids out of harm’s way. The reality is those kids who live in Kensington still cannot play in the parks due to the impact of the opioid problem. They cannot sit on their doorsteps due to gun violence in the neighborhood. Instead, they watch television in a room where bullets cannot reach them.

The pandemic brings the inequities suffered by many people in Kensington and North Philadelphia to the surface. Crime, poverty, hunger, lack of investment, and many other issues have carried on, and the city seems unwilling or unable to respond to the needs of those neighborhoods.

I hoped and prayed that the city and its leaders would take some action. I hoped that they would walk the streets of Kensington and speak with the residents — from the old timers who worked all their lives to buy their homes, to the Puerto Ricans who came here to work and still face discrimination and poverty, to the undocumented people who get mugged, robbed, and killed. I hoped that they would speak to the mother whose little girl was killed in her arms by a stray bullet. I prayed that they would give the drug dealers hope of a new and better life away from crime.

I even prayed that they would speak to Britt James (Philly Unknown Project), Stephany Sena (SREHUP), and Shannon Farrell from the Harrowgate community — leaders who work every day to help people in addiction and to help the community they serve. I hoped that the local nonprofit Prevention Point would consider looking at new approaches to the worsening problems impacting the community they promised to protect and the people they are charged to serve.

This past summer, I drove up to support and speak at the protest at Kensington and Allegheny avenues organized by the Harrowgate Civic Association to bring attention to the suffering of the people in Kensington. One thing was clear — things in Kensington are worse. I witnessed hundreds of people dealing drugs, shooting up, or passing out in the streets. I also noticed that the people in addiction are now moving up to Erie Avenue and beyond.

However, the opioid crisis doesn’t only impact people purchasing and using drugs. In Philadelphia, it impacts the children who are killed in the crossfire by simply walking to the corner store or school. It impacts the seniors who get robbed and then can’t leave their homes and must wait for family and friends to drop off food and supplies. It impacts anyone who sets foot in the neighborhood where about 13% of the over 4.7 million needles distributed through needle exchange programs can be found on the ground in every park and street in the impacted areas. This crisis affects the quality of life we have all worked hard to achieve in a city built on dreams. For many, the dream is a living nightmare.

Again, I ask our elected leaders to come and meet with the people who live in the impacted communities and listen to their stories. City officials must understand that meeting in a room in City Hall equates to working in a vacuum, and that has not and will not lead to real solutions. Once you understand the people and their issues and concerns, you can develop bills, laws, and policies from a community perspective.

I again ask the city leaders to meet with the people of Kensington and North Philly. 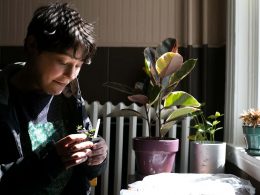 I planted my backyard garden in an old bookshelf from Circle Thrift. I removed the back, took out…
byHannah Riotto 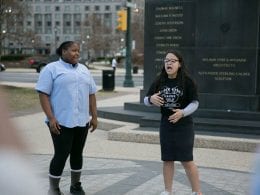 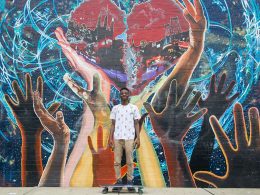 It’s been about 15 years since my father has actually been in my life. You wouldn’t know that…
byKhy Carter 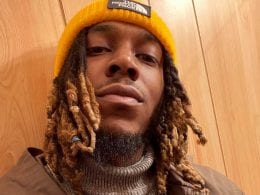 My name is Brett Smith, and I am a Jules E. Mastbaum High School alum from the class…
byBrett Smith